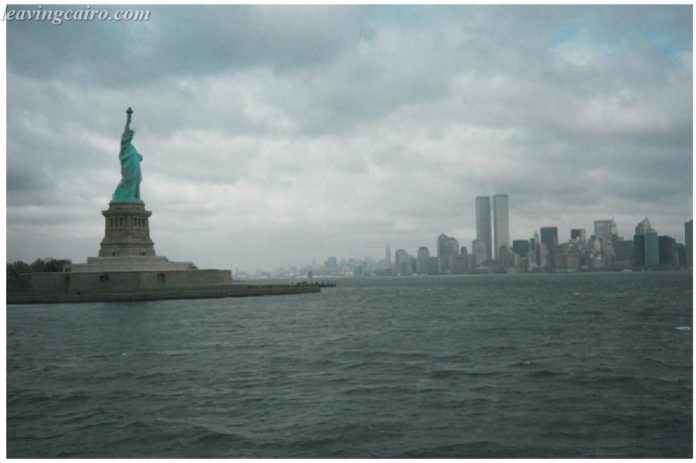 The Bronx is up

And the Battery’s down

Ever since I watched On the Town as a kid – musical with Gene Kelley and Frank Sinatra – I had been dying to go to NYC.  I used to work for various airlines in the 90’s and one of the perks?  Cheap / discounted airline tickets.

So in 1998 I took myself off with Virgin, booked myself into a Youth Hostel in Chelsea district and had a whale of a time.  I wandered down to Battery Park and got lost, asking the policemen where to go.

They’d question my English accent.  But then I had a light bulb moment and inflicted what I thought was a New York accent.

It worked.  They pointed me in the right direction with a tip of their cap and a “You’re welcome maam” (would you get that in Greece?  doubtful).

So I trundled off to take the ferry out to the Statue of Liberty.  As my Header picture shows, the view from the ferry is now an iconic one.  Isn’t that just marvelous and brings back so many memories? I had a great time: the deli’s, the sheer aliveness of the place.  Greenwich Village, Tribeca, SoHo – oh the choices are too many!

Here in my humble neighbourhood in Athens, a lovely deli has opened – run by Greek Americans and giving a taste of New York: What have your experiences been of New York?  Like it?  Indifferent to it?  Share your comments.  I hope – one day – to go back.